Let’s hear it for human accomplishment! 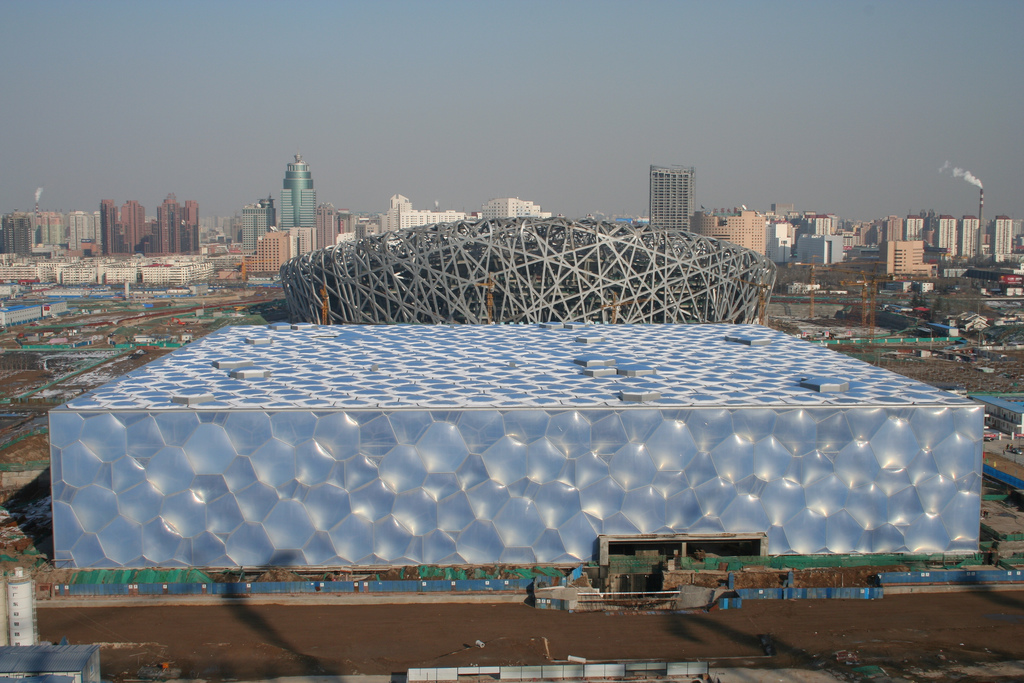 We’d had our eyes on the Watercube for a few issues now, even before our first story about its bubbly ETFE walls and roof. In fact, as far back as 2001, upon seeing first pictures of Nicholas Grimshaw’s ETFE geodesics for the Eden Project in Cornwall, England, we wondered where further experimentation with such a lightweight and light friendly exterior cladding material would take us.

But it wasn’t until last month that I realized what about the dome and cube had been holding my gaze. At some time between Michael Phelps’s seventh and eighth gold medals, the New York Times published a remarkable photo of the swimmer entering the water, shot from below so that the background is the Watercube’s ETFE-paneled ceiling. Against the honeycombed backdrop, the speeding Phelps is more bee than butterfly, more drone than hero. He’s unrecognizable, obscured by churning water and his own breath. The structure, on the other hand, is unmistakable, quietly iconic. 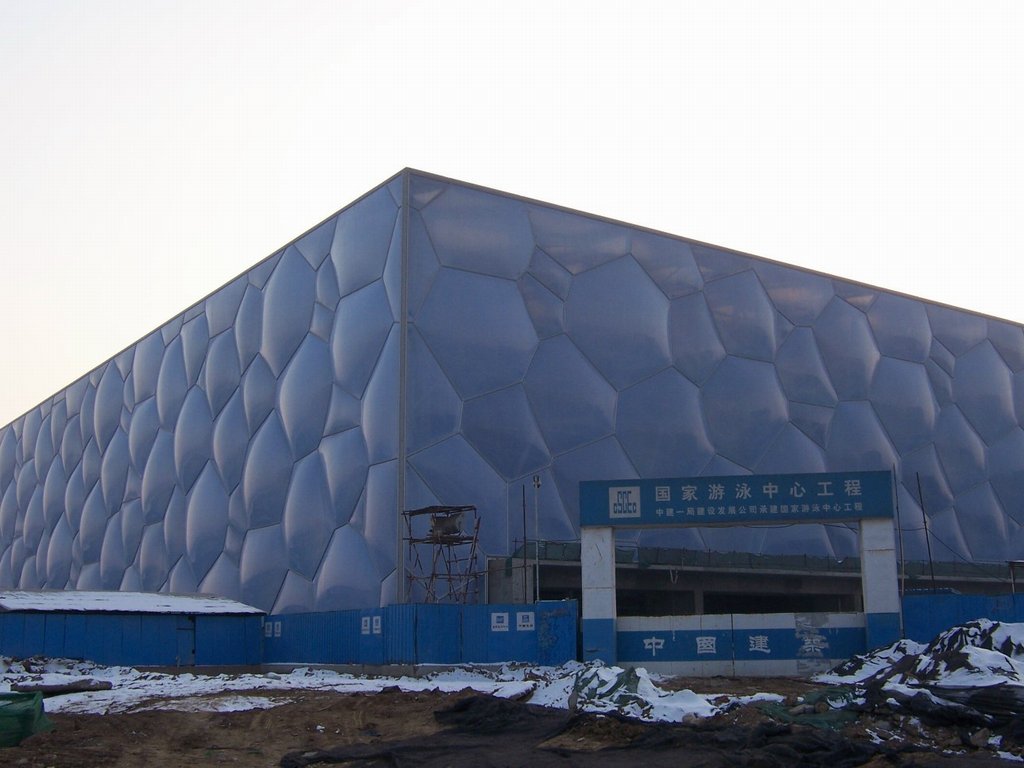 I suppose the poetical thing to say is that man and building are equally accomplished, complementary figures sharing the world’s applause. But on this page, let me admit to being more impressed by cube than man. The record Phelps broke stood for 36 years—a long time, as far as Olympic accomplishments go. But those ETFE panels will likely stand twice as long, and probably longer. Now that’s performance that stands the test of time.