Crossing the Canal with HDPE Pipe 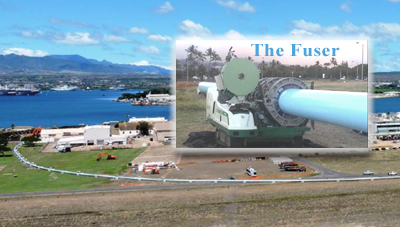 To help integrate previously separated portions of its supply system, the company needed to cross the canal running from the Delaware River into the Chesapeake Bay near the Port of Baltimore, Maryland. Being able to successfully traverse the 137-m (450-ft) wide channel—which runs 10.7 m (35 ft) deep—called for the specification of high-density polyethylene (HDPE) pressure-application water pipe.

The project, intended to add redundancy to Artesian’s potable water and fire protection service capacity, required the installation of 1524 m (5000 ft) of 610-mm (24-in.) HDPE pipe, using two 762-m (2500-ft) directional drills. Working on a tight timeline, contractors finished the work between January and June 2004—despite the added challenge of a 45.7-m (150-ft) drop in elevation from the land-based water main to approximately 15 m (50 ft) below the bottom of the Chesapeake and Delaware Canal.

After both ends are cut evenly, and a heater between the pipe is removed, the two HDPE Pipe ends come together to become as one.

“Our standard water pipe material for crossing large bodies of water or for use in corrosive soils is HDPE,” says project manager Adam Gould “This was the biggest project of its kind we’ve done—because of its flexibility, HDPE was the only pipe we would have used to do it.”

International consulting, engineering, construction, and operations firm, CDM Inc., was responsible for charting the HDPE pipe’s course with design drawings and working with the canal’s owner, the US Army Corps of Engineers (USACE), on the proper permits. According to CDM’s vice president, it was the HDPE pipe’s combination of flexibility and leak-free, heat-fused joints that allowed the unique constructio

“The directional drilling with HDPE pipe is conducive to minimizing disturbances during the pr
oject,” said Bill Cesanek, AICP.

The Expanding Role of EPS in Construction