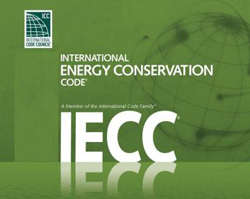 Arkansas and Maryland have joined the growing number of states that are committing to a more efficient future. These states recently decided to create better, smarter, more energy efficient housing by adopting new building energy codes based on updated model energy standards. These standards are expected to/will apply to all new housing construction in the state.

For the most part, state code requirements adopted from model energy codes become the local county or city codes—in this case, specifically, adopted from the International Energy Conservation Code. The IECC is updated every three years as part of a collaborative process that includes the nation’s leading energy efficiency professionals, homebuilders, and building code officials. The most recent edition of the international model code is the 2015 IECC. States determine which Energy Code they choose to conform to 2006, 2009, 2012, etcetera. Each edition of the code has evolved to require progressively greater gains in energy efficiency. That is good news for the environment and us.

In its new Energy Code for New Building Construction (effective January 1, 2015), Arkansas adopted the 2009 code, signaling the state wants to build more energy-efficient buildings. According to the U.S. Department of Energy, homes built to the 2009 IECC will have, on average, 11.3% lower energy costs than the previous edition of the code. Although Arkansas did not adopt the complete 2009 IECC, we expect that owners of new homes in Arkansas will see significant energy savings for years to come. The Energy Office at Arkansas’s Economic Development Commission explains the impacts for residents and homebuilders here. Change does not happen overnight, but Arkansans will be able to enjoy more energy efficient new homes. In addition, since the updated code affects ANY new building construction the code will influence the energy efficiency for retrofits of older homes too! Way to go, Arkansas!

Maryland Raises the Bar to the 2015 IECC

Fortunately, Arkansas is not the only state with a newly enforced energy code update for 2015. Maryland also joined this movement, ringing in the New Year with its own green building initiative. As of January 1, 2015, new homes built in Maryland should comply with the 2015 IECC, although individual counties have until July 1, 2015, to comply with the stronger energy efficiency requirements. The Maryland Department of Housing and Community Development’s decision to adopt the most recent model building code enjoyed broad support from organizations like Responsible Energy Codes Alliance and Northeast Energy Efficiency Partnerships. Great job, Maryland!

Thanks to these and other code-adopting, energy-conscious state legislators, our country has the potential to become much more energy efficient! As above, these codes typically apply to new construction, as well as renovations and additions. Thus, as new and remodeled houses gradually replace the nation’s housing stock, a lot more energy can be saved. This is a huge step forward, and we salute those leading the pack towards a more energy efficient future!

The Benefits of XPS Foam Insulation Board