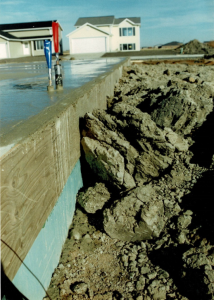 Frost-protected shallow foundation (FPSF) under construction in a residential development

In areas of the United States that experience ground freezing during winter, standard building practice has called for footings to be dug below the frost line to protect against frost heave. Such excavations can extend to more than four feet below grade. Since the 1990s, however, the frost-protected shallow foundation (FPSF) design concept has gained design- and construction-industry acceptance. This installation provides cold-weather protection without the need to excavate below the frost line. 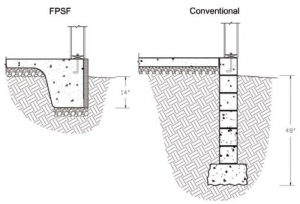 An FPSF foundation consists of a standard concrete slab with thicker edges sheathed in rigid-foam expanded polystyrene (EPS) or extruded polystyrene (XPS) insulation (Figure 1). Where approved, other rigid-foam products such as polyisocyanurate (polyiso) may be used, but are not yet prescribed in U.S. model codes and standards for FPSF applications. Adding this insulation around the outside of a foundation directs building heat-loss toward the foundation and takes advantage of natural geothermal energy. Heat loss through the building’s foundation helps prevent the ground beneath from freezing and heaving. In combination with geothermal heat stores, an FPSF installation allows soil below the foundation to remain above freezing even in extreme winters (Figure 2). 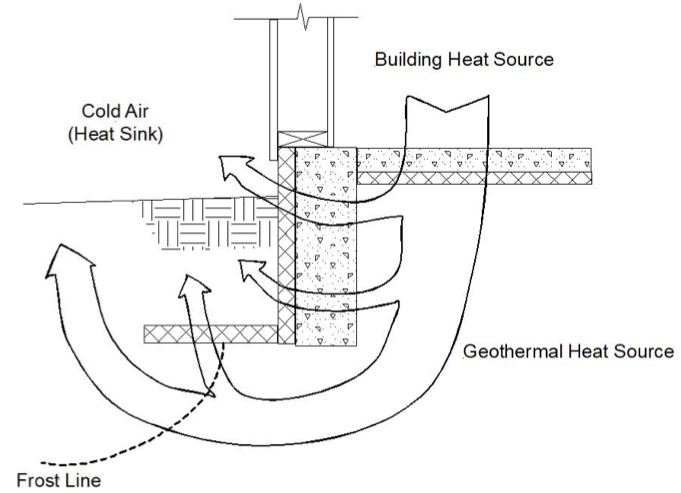 The frost-protected shallow foundation concept was first used by architect Frank Lloyd Wright in his Usonian-style affordable homes built after the Great Depression. It was later adopted and improved in Europe (particularly Norway, Finland, and Sweden) during post-World War II reconstruction. Since then FPSF is reported to have been used on as many as one million residential and commercial structures in Europe and, more recently, on thousands in the United States. In 2004, the U.S. Department of Housing and Urban Development’s Partnership for Advancing Technology in Housing (PATH) designated FPSF a “top ten” construction technology.

In addition to residential, commercial, and agricultural building applications, the concept has been used to provide frost-protection for various infrastructure projects including highways, dams, underground utilities, railroads, and earth embankments. It has also been used for innovative foundation applications, such as the example in Figure 3, showing a foundation constructed of foam-plastic insulation together with a recycled-plastic lumber stem wall. 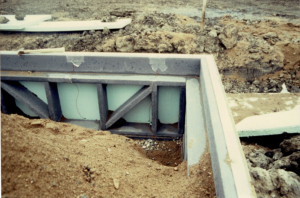 As noted above, FPSF technology uses foam-plastic insulation strategically placed around the outside of a concrete foundation. In very cold climates, such as the North Dakota installation depicted in Figure 4, vertical-slab edge insulation is augmented by horizontal “wing” insulation. The FPSF foundation installed in this affordable, multi-family building raises the local frost depth from 52 inches to just 16-inches. In addition, the vertical foam-plastic insulation also serves as sheathing for concrete formwork to cast the slab. 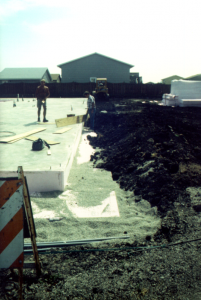 The FPSF technology is particularly applicable to several situations: 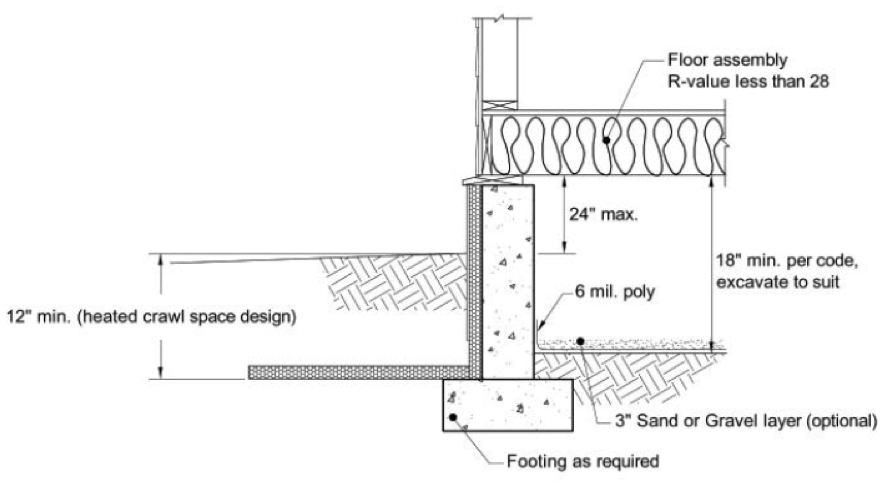 Figure 5: FPSF as used for an unvented/conditioned crawlspace. Note that horizontal (wing) insulation may not be required in moderately cold climates.

For heated buildings, the FPSF insulation—along with the earth’s geothermal energy—helps keep soil temperature under the building well above freezing, minimizing risk of frost heave even in extreme winters that might occur once every 100 years. For unheated buildings (or portions of buildings), additional ground insulation is placed under the entire slab to conserve and use only geothermal heat for the same purpose (Figure 6). 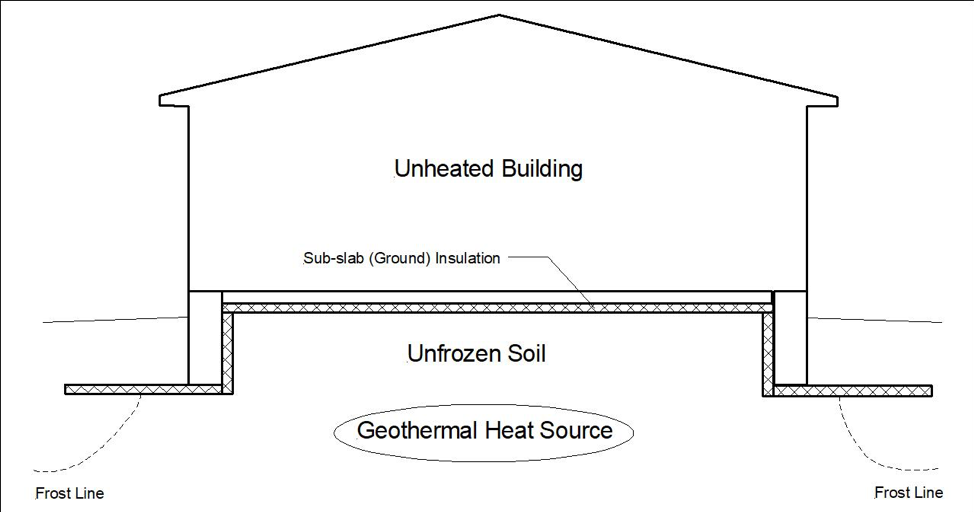 Figure 6. Unheated building with FPSF “ground” insulation to conserve geothermal heat and prevent soil from freezing beneath the building and its foundation.

Choosing to build with frost-protected shallow foundation in cold-winter areas can generate several important benefits for builders and homeowners:

FPSF Codes and Standards
The FPSF technology was first adopted in the 1995 CABO One- and Two-Family Dwelling Code and is now included in the 2000-2021 editions of the International Residential Code (IRC) and International Building Code (IBC). These codes also allow for foundations to be designed and constructed in accordance with Structural Engineering Institute/American Society of Civil Engineers (SEI/ASCE) Standard 32-01, Design and Construction of Frost-Protected Shallow Foundations (FPSF). This standard provides for various design and construction strategies, and includes a commentary explaining the history and basis of the technology.

Extruded polystyrene (XPS) and expanded polystyrene (EPS) rigid-foam board insulation products have been specified for about 50 years for the FPSF applications discussed above. ASTM C 578-19, Standard Specification for Rigid, Cellular Polystyrene Thermal Insulation, is the standard covering the types, physical properties, and dimensions of cellular polystyrene intended for use as thermal insulation in the United States. Consequently, it is used to specify polystyrene insulation materials for the FPSF application in accordance with the IRC and IBC, as well as the ASCE 32 standard. Where approved for FPSF applications, other standards such as ASTM C1289-19, Standard Specification for Faced Rigid Cellular Polyisocyanurate Thermal Insulation Board, may be used for similar purpose.

The ASCE 32 standard also specifies required compressive strengths (or density) for the insulation when used in applications where foundation loads are supported. When specified in accordance with these codes and standards, rigid foam plastic insulations have provided reliable long-term performance below ground for a variety of building and infrastructure applications.

For additional information and resources supporting the FPSF technology, please refer to the Foundation Insulation & Frost Protection page at ContinuousInsulation.org.