“I just want to say one word to you… just one word… Plastics.” — The Graduate 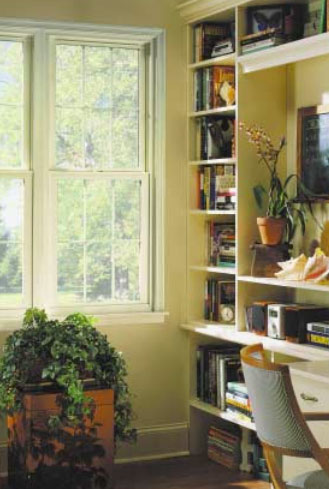 The first man-made plastic was unveiled by Alexander Parkes at the 1862 Great International Exhibition in London, England. Dubbed ‘Parkesine’ by the public, the organic material derived from cellulose could be molded once heated, but retained its shape when cooled. The material could be transparent, as well as carved into thousands of different shapes.

The first completely synthetic substance was discovered in 1907, when New York chemist Leo Baekeland created a liquid resin that would not burn, boil, melt, or dissolve in any commonly available acid or solvent. Unlike earlier plastics, ‘Bakelite’ was the first thermoset plastic that retained its shape and form under any circumstances. Bakelite could be added to almost any material—such as softwood—and instantly make it more durable and effective.

In 1933, two organic chemists working for the Imperial Chemical Industries’ research laboratory were testing various chemicals under highly pressurized conditions. They set off a reaction between ethylene and benzaldehyde, creating polyethylene. It went on to play a key supporting role during World War II—first as an underwater cable coating, then as an insulating material for vital military applications, such as radar. It became the first plastic in the United States to sell more than a billion pounds per year, and is currently the largest volume plastic in the world.

It was not long before these and other advancements in plastics and materials sciences found their way into the construction industry. Here, then, are some of the more prevalent plastics in construction and their uses.

One of the most important thermosetting plastics is polyurethane, an organic polymer. Polyurethane coatings are used as paints, varnishes, and traffic coatings because they make exceptional wearing surfaces. Polyurethane foams are used in rigid insulation (polyisocyanurate) and sprayed roofing because of their thermal resistivity, and as sealants due to their durability and flexibility.

Epoxies are thermosetting resins characterized by toughness, high adhesion, corrosion resistance, and resistance to common solvents, oils, and chemicals. These properties make them exceptionally durable as coatings, as a matrix for seamless flooring, and in cured form as laboratory work surfaces.

Phenolics are also thermosetting resins. They are known for hardness and resisting moisture, solvents, and heat. They are dimensionally stable and non-combustible, and are used in organic coatings and baked enamels. Phenolics make possible the 20th-Century high-pressure decorative laminates.

Polyethylene is tough, flexible, resistant to solvents and corrosive solutions, and is used in construction primarily in sheet form. Reclaimed polyethylene has found application as the matrix that contains the wood fiber in a wood-polymer lumber product.

Polyvinyl chloride (PVC) or vinyl is perhaps the most versatile of all plastics, taking such well-known forms in construction as flooring, siding, piping, and single-ply membrane roofing. Depending upon the type, vinyl generally resists weathering, oils, greases, acids, fungus, and moisture, and is self-extinguishing and abrasion-resistant.

Polystyrenes are noted for their sparkling clarity, hardness, extreme ease of processing, excellent colorability, dimensional stability, and relatively low cost. Commercial production of polystyrene was pioneered by BASF and the Dow Chemical Co. in 1930. A wide-variety of co-polymers use general-purpose polystyrene (GPPS) as a building block to produce materials with more tailored properties. The addition of polybutadiene rubber to styrene monomer during the polymerization yields high impact polystyrene (HIPS).

Polyamides resist common solvents and alkalis, possess low water absorption, and are strong, tough, and elastic. In construction, polyamides are primarily used in coatings. Perhaps the most significant and well known of polyamides is nylon, a synthetic polymer with great tensile strength and high elasticity. Widely used as carpet fiber, nylon’s performance is unaffected by rot, vermin, insects, or fungus. Nylon has good weathering characteristics and resists saltwater and common detergents.

Used as glazing, slow-burning acrylics impart clarity and transparency with shock resistance and stability to weathering. Acrylics are also used in coatings, lighting fixtures, solid surfacing, and as carpet fibers.

In 1953, polycarbonate was discovered by Dr. H. Schnell at Bayer AG, Germany, and by D.W. Fox at General Electric Co., U.S.A. (working independently). By the late 1950s, polycarbonate began to be used in commercial applications.

It was initially used for electrical and electronic applications, such as distributor and fuse boxes, displays and plug connections, and subsequently, for glazing greenhouses and public buildings. As polycarbonate sheets are virtually unbreakable, protective paneling and glazing is frequently installed wherever people and property need to be protected from injury and damage.

In factories, polycarbonate safety guards protect many workers. Spectators at ice hockey games have a perfect view of the game from behind protective polycarbonate glazing panels and bank employees are protected behind bullet-resistant polycarbonate windows. Protective barriers and shields made of polycarbonate also guard taxi drivers and riot police.

Energy officials in Germany are closely monitoring a massive urban renewal project in Ludwigshafen, in which a 70-year-old area of rowhouses and apartments has been retrofitted with the latest in materials and technology so it complies with the country’s energy standards.

Of particular interest is BASF’s house of the future: the ‘Three-Liter House.’ This nine-tenant, refurbished building requires only 3 L (0.8 gal) of fuel oil—or 3 m3 (106 cf) of gas—to heat a square meter of floor space for 12 months. (By comparison, an equivalent German apartment requires about 16 L [4.2 gal] of fuel oil for the same area.)

One of the important factors playing into the energy-efficiency of the home is the polystyrene foam insulation in the cellar, as well as triple-glazed windows filled with inert gas and encased in vinyl (PVC) frames.

As advances in plastics technology march on, plastics and systems combining plastics with other materials continue to be introduced to the construction scene. While the building and construction industry is traditionally cautious in adopting new materials and installation methods, plastics education and exposure will prevail, leading to an ever increasing use of plastics in construction.