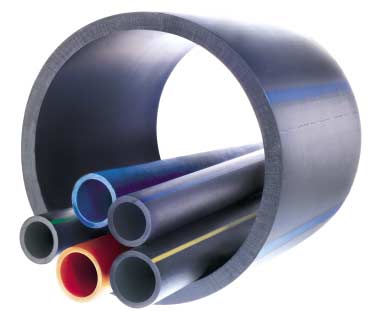 One of the world’s most versatile plastics started as an accident in a rubber scientist’s laboratory some 80 years ago. Polyvinyl chloride (PVC) was first created by a German chemist in 1872, but never patented until 1913. It was not until 1926 that Waldo Lonsbury Semon, who was busily searching for a synthetic adhesive while working as a researcher for the B.F. Goodrich Co., invented plasticized PVC (vinyl).1 Soon after his discovery, PVC-based products like insulated wire, raincoats, and shower curtains hit the market. As more uses for vinyl were discovered, industry developed more ways of producing and processing the new plastic.

Plants manufacturing PVC began to spring up during the 1930s to meet demand. Just a decade after its conception, vinyl was sought for a variety of industrial applications. Following World War II, vinyl manufacturers quickly found new markets for the durable plastic, particularly when news of vinyl’s versatility and flameresistant properties spread.

Five companies were making PVC at the century’s midpoint, and innovative uses continued to be uncovered during the 1950s and 1960s. A vinyl-based latex was used on boots, fabric coatings, and inflatable structures, and methods for enhancing vinyl’s durability were refined, opening the door to applications in the building trades.

More than 50 percent of vinyl is derived from salt, one of the most plentiful resources on earth. Meanwhile, advances in formulations have made today’s products highly durable, meaning they save on replacement materials and require less maintenance over their useful lives. Vinyl building products, like siding and fencing—which do not require paint, stain, or harsh cleansers—can directly replace wood products requiring these treatments on a regular basis. Vinyl roofing obviates the need for asphalt, tar, and other materials used in built-up roofs (BURs), and is also easily maintained without additional resource expenditures. The material is also lighter to transport than most other building materials, reducing the amount of fuel and other resources needed for transportation.

Vinyl roofing membranes are typically light in color, so they are known as ‘reflective’ roof surfaces. They help structures stay cool and reduce energy use for air-conditioning during hot weather. Many vinyl roofing membranes have been recognized by the U.S. Environmental Protection Agency’s (EPA’s) Energy Star® Roof Products Program.2

Vinyl windows and doors conserve energy. For example, the chambers in the frame of vinyl windows resist heat transfer. Frames and sash corners are fusion-welded for great strength and protection against air and water infiltration. Many vinyl window and glass door products meet Energy Star criteria. 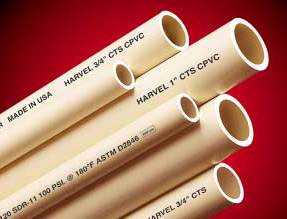 The tough, smooth surfaces of vinyl wallcoverings and flooring make cleaning easy, reducing opportunities for the proliferation of dust mites, pet dander, and other allergens associated with asthma and other sicknesses. While problems with mildew are sometimes attributed to vinyl wallcoverings, the primary cause is actually condensation from warm, humid air infiltrating the wall cavity. However, manufacturers of vinyl wallcoverings have taken steps to address this concern with innovations like mildew-resistant wallcovering and adhesives, and ‘microvented’ wallcoverings that allow moisture trapped behind a wall to escape into the room.

For these and many other reasons, vinyl products have become important materials in the construction industry. Its resistance to corrosion and chemicals makes PVC ideal for building applications, particularly for transporting water to thousands of homes and businesses. In fact, piping represents the largest single use for PVC, accounting for more than 40 percent of all PVC production.

Changes in soil texture, temperature, moisture, oxygen, chemical make-up, organic material, and bacteria contribute to corrosion and eventual pipe failure. The soil environment itself is a prime cause of iron and concrete-based pipe failure. Corrosion is estimated to cost water utilities $36 billion per year in the United States.

Fracturing and breaking pipelines can ultimately lead to severe water contamination and leakage. Many cities have suffered waterborne disease outbreaks and extended ‘boil-water’ advisories. The resulting effects of leaking pipelines include street cave-ins, sinkholes, and potholes—not to mention wasted water. A single pipe leaking just 3.8 L (1 gal) of water per minute, for example, equals more than 1.8 million L (500,000 gal) of water lost each year. In the United States, we lose 9.5 trillion L (2.5 trillion gal) of water per year—enough water to meet the drinking water requirements of every man, woman and child on earth.

Biofouling—the rapid development of an organic bacterial community—can easily occur in water system pipelines. Commonly known as biofilm, these layers of bacteria attach to the interior walls of water distribution pipes and to one another, increasing the likelihood of waterborne diseases. Health officials frequently cite biofilm as a cause of water contamination. Almost immediately after attaching itself to pipeline walls, biofilm begins building upon itself, adding layer upon layer, forming a plaque-like coating. The bacterial community traps nutrients, microbes, worms, and viruses to form an almost impenetrable material.

Such growth can clog water lines to the point of insufficient water pressure. This becomes a hazard for homes, businesses, and even firefighters. In 1996, for example, a home that caught fire in Ontario, Canada, was completely destroyed, in part because water-supply pipes were blocked with biofilm. In addition, biofilm contributes to reduced heat transfer, further pipe corrosion, and depletion of the chlorine used to protect drinking water from the treatment plant to the tap.

State of the nation’s water

The ability to regularly deliver safe drinking water is a constant challenge to water suppliers, and while the United States boasts some of the safest drinking water in the world, the pipes used to transport that water are not always as safe as they could be. Fragile, aging pipelines and bacterial growth can cause not only water contamination, but costly infrastructure repairs.

The forecast for our nation’s drinking water systems indicates a downward slope… yet the situation continues to worsen as aging systems—some developed more than a century ago—continue to service our ever-growing population.

EPA recently found the United States needs to invest about $138 billion to repair its water transportation infrastructure. They say the single largest category of need is the replacement of existing distribution pipes—about $77 billion.

Clearly, the importance of ensuring a safe potable water supply is overwhelming, as is specifying PVC piping to get the job done.

How PVC piping comes out on top

Even in the most demanding applications and environments, PVC pipe repeatedly proves itself as one of the most durable and reliable materials on the market. It is specified frequently for use in water distribution, DWV (drain, waste, and vent), sewer systems, and irrigation because of its durability, safety, and cost effectiveness.

PVC pipe does not rust, scale, pit, or corrode, keeping maintenance costs low and preventing contamination to the water it transports. It does not affect the taste or odor of water, nor is it a source of lead often associated with metal pipe. Unlike metal or cement pipe, PVC does not chemically react with even the most aggressive water.

PVC is the cost-effective choice for piping systems. Its light weight means reduced shipping costs, as well as faster, safer, and easier handling and installation. That, coupled with a PVC piping system’s ease of assembly, means reduced equipment and labor requirements. Moreover, a 1996 analysis comparing the cost of PVC pipe to other plumbing materials found the installed cost of a PVC DWV system is 73-percent and 67-percent the cost of cast iron and copper systems, respectively.

PVC pipe is also flexible enough that it often bends without breaking, enabling it to endure impacts or earth movements. The National Research Council (NRC) of Canada estimates the ‘break rate’ for vinyl water distribution pipe at 0.5 breaks per 100 km/y (62 mi/y) compared with 32.6 breaks for cast iron, and 7.9 breaks for ductile iron. When properly designed and installed, PVC has an estimated life span of more than 100 years, with little or no loss of strength.

NRC researchers found the predominant failure mode in cast iron pipe (64 percent) is circular or circumferential. Holes and pits represent 20 percent of the breaks, while the remaining breaks are more or less equally distributed amongst longitudinal, joint, or other (unclassified) failure modes. In contrast to the circular breaks for cast iron pipes, ductile iron pipe fails mainly as a result of holes or pits. The data seems to suggest ductile iron pipe develops pitting without debilitating its axial tensile strength. (It is important to note that a defect such as a pit can increase the stress at the defect by more than three times the nominal stress.)

Circular break is the predominant (63 percent) failure mode for asbestos-cement pipe, but a significant percentage (13 percent) of failures are not classified. While this material is no longer installed, it still forms a significant part of the water distribution network in some cities.

When it came to PVC pipe, however, the NRC report has this to say: “The number of breaks in PVC pipes is too small to arrive at any significant statistical trend.”3

Solutions to these problems consist of taking corrective measures, such as replacing, repairing, or relining sections of pipes in the water system. Old water mains are often prone to corrosion and scale build-up, so environmental and civil engineers working for municipal water and sewer utilities, along with design engineering consulting firms, have made PVC pipes the most prevalent water distribution material.

PVC pipe is inherently immune to both underground external and internal pipe corrosion. The chemicals commonly generated in sanitary sewers tend to have no effect on the material. PVC pipe’s smooth inner surface, in conjunction with water treatments, provides great resistance to corrosive biofilm. PVC pipe will not deteriorate or break down under attacks from bacteria or other microorganisms, nor will it serve as a nutrient to bacterial growth.

The Chlorine Chemistry Council (CCC) predicts the expanded use of PVC pipe and the phasing out of other materials has the potential to slash annual maintenance and repair costs by 93 percent or more in some instances. Potential savings range in the hundreds of millions of dollars per year, and because water flows more easily through PVC piping than other materials, water companies and taxpayers save money on pumping costs.

Vinyl’s low cost, versatility, and performance make it the material of choice for dozens of industries such as healthcare, communications, aerospace, automotive, retailing, textiles and construction. Rigid as pipe or pliable as plastic wrap, vinyl is a leading material of the 21st Century.

1. Semon died at the age of 100 (going on 101) in 1999. In a recent interview, he recalled, “People thought of PVC as worthless back then… They’d throw it in the trash.” Today, vinyl is the second largest-selling plastic in the world, with an industry employing more than 100,000 people in the United States alone.

Do Municipal, County and State Officials Know About This Big Opportunity?